How Christian Legalism Creates a Culture of Sexual Abuse 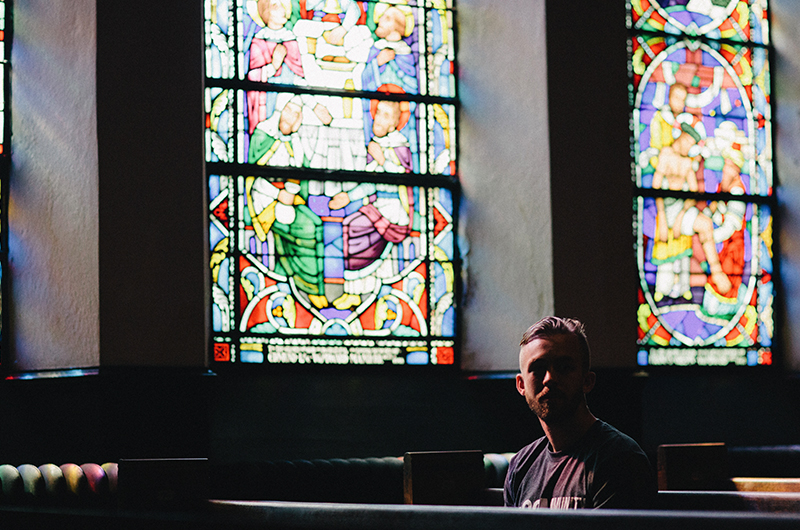 “Jesus doesn’t need your reputation! Keeping things in the dark and allowing souls to be destroyed by abuse, that shames the Gospel. Jesus is all about transparency.” – Boz Tchividjian

When I started writing this article, I thought I would be writing about sexual abuse, but the more I thought about it the more it went in another direction. In the past few years, and increasingly in the last few months, there have been many instances of sexual abuse cover-up- Gothard, Jones, Harris, and Phillips, just to name a few. The American Prospect has an amazing longform article detailing much more sexual abuse within the church, and how organizations like GRACE are educating Christians before it’s too late. However, my article isn’t as much about sexual abuse, as it is the culture in which that sexual abuse can be propagated. A culture that is engrossed in legalism.

What is legalism exactly? Wikipedia has an unusually accurate description:

“Legalism is usually a term referring to an over-emphasis on discipline of conduct, usually implying an allegation of misguided rigor, pride, superficiality, the neglect of mercy, and ignorance of the grace of God or emphasizing the letter of law at the expense of the spirit.”

Legalism says that convictions are mass standards, and that appearance is more important than truth. Legalism removes Holy Spirit conviction, by stating that its standards are more important than God’s personal work in an individual’s life. Legalism assumes that a single individual can state what God’s will is on another person’s life, and hold them to that standard. Legalism creates a spiritual hierarchy, bypassing the fact that all are equal in Christ (Galatians 3:28). Instead of people being led by the Holy Spirit, they must be led by spiritual authority, because their level of knowledge of scripture, or relationship with Christ is undeveloped. While all these things are spiritually detrimental, the effects they have on victims of sexual abuse are even more painful.

Legalism hands the keys to sexual offenders, giving them every tool they need to silence the people they abuse. Because legalism also places leadership in a position where they are left with no choice but to cover abuse, legalism effectively silences victims as well. This is especially true if the leaders that the sexual abuse is reported to have had a history of sexual abuse as unreported victims or offenders. In the name of Christianity, an organization may silence a victim, by saying they’re trying to lead a perpetrator to repentance and offer forgiveness to them. This disregards the fact that they’re harming a victim, creating a cycle of shame within that person’s life. The lasting effects of this abuse are devastating to a person, and the failure to report sex crimes is not only illegal, but also dangerous as it allows the offender to continue to repeat sexual abuse.

When sexual abuse isn’t addressed, especially in the formative years of childhood, it is internalized. It rots in a victim’s soul, spilling gangrenous lies throughout their entire lives. This shapes the very core of who a person is, and can change body image, sexuality, lifestyle, and even will to live. 17%* of rape victims attempt suicide, while 33% of those victim have suicidal thoughts. Those statistics are only for people over the age of 12, however, so that doesn’t account for many victims of child sexual abuse.

Legalism is also responsible for discrediting victims. Because legalism is so stringently based around image and performance, people embracing a legalistic lifestyle find it easier to accuse a victim of lying or sexual promiscuity (even in children), than to expose sexual abuse as what it is. Most often people who have been abused don’t want a legal settlement, they want a their dignity and cleanliness returned to them. They want to be restored and whole again.

Lies often stated to victims in these scenarios are:

“You need to pray to God to forgive you from your sinful behavior.” -Shaming

“That wasn’t really sexual abuse, because there wasn’t intercourse. You don’t want to destroy the perpetrator’s life, do you?” -Denial and Shaming

“You’re wrong, you were arousing the perpetrator. You aren’t really a victim here!” -Blame shifting

“You’re a liar! There isn’t any way the offender did this to you!” -Blame shifting

Legalism is a clean well with a dead cat in it. It’s not the opposite of the gospel, it’s a polluted gospel. When we look at legalism, we see obedience without relationship. We see grimy fisted grabbing of white gloves that we attempt to put on our own dirty hands. We then hold those stained gloves up in front of others and state proudly, “Look at how clean I am!”

Performance based Christianity misses the entire point of gospel-driven Christianity, “That while we were still sinners, Christ died for us.” -Romans 5:8. Until this point is grasped at a heart level, churches, leaders, and individuals will continue to press legalism onto their followers, friends, and family, in an attempt for them to conform to their own vision of perfection. When that vision of perfection is marred, they will quickly disown, discredit, and deride the people who ruined their false reality.

“It would mean a church is OK with being transparent, and acknowledging failure,” Tchividjian says. “As a Christian, I tell institutions, your value and your reputation aren’t based on your accomplishments. If you’re [communicating] to the world through the gospel, your reputation has been secured for you by Christ. That should liberate you to be transparent, to acknowledge failure.”

Take that from the church level, and bring it to the personal level: As a Christian, your value isn’t based on your accomplishments or your failures, but on the living work of Jesus Christ. You’re free to be transparent, because your sin doesn’t own you anymore.

Two years ago, I was addicted to porn, watching it daily and hating myself for it. I couldn’t tell anyone, because my personal legalism stated that I had to look perfect for my family and the church, and shame covered my entire existence. I tried repenting, but ultimately would fail, because my sin was such a massive issue, I thought I had to atone for it by performance before Christ would forgive me. What I missed was the fact that Jesus had already taken that sin on his torn, bloody back and carried it to the cross, where he hung and died for it. As that truth took hold of me, it began to transform my core being and change the way I addressed my sin- not through performance, but through the life-transforming fact that my sin didn’t own me.

Legalism promotes an institutional culture of silence over a church’s failures, and over the failures of their leaders, but Christianity based around the active grace of Jesus Christ combats this culture of silence.

How to Fight Sexual Abuse

1). Being sexually abused is horrifically traumatic. People who have been abused can take many years to finally confide in someone that they were assaulted, and children who have been sexually abused may not even know they were assaulted until a later date. Children, however, don’t usually make up stories about sexual assault. If someone you know has come to you, asking for help or telling you about a sexual assault, take them seriously, don’t shift the blame, and go straight to the authorities. The victim should always be given the benefit of the doubt, because sexual perpetrators are extremely likely to repeat sexual abuse.

2). Skip the chain of command and go straight to the authorities. If someone you know has been sexually abused, go right to the authorities instead of trying to go through church leadership. Covering up sexual abuse is a crime, and statements like, “We’ll handle this internally.” or “we’ll self report” are often excuses that can lead to illegal activity, and continued abuse of the victim(s).

3). Take preventative measures if you have children. Christians are very vulnerable to abuse, because we believe that Christ can change anyone, and though that is true, sexual perpetrators easily take advantage of Christian naivety. A convicted child molester once told clinical psychologist Anna Salter,

“I considered church people easy to fool…they have a trust that comes from being Christians. They tend to be better folks all around and seem to want to believe in the good that exists in people.”

Make sure that your children are under your supervision as much as possible, and that church volunteer staff, have undergone background checks and interviews.

4). Don’t imagine that you, your children, or children that you know are safe from sexual abuse. This article is really important for homeschool families, who often think that they don’t have any reason to be wary of sexual abuse.

5). Educate your church and community on sexual abuse, and continue to fight against it. Fight legalism in your own life, and look closely into what legalism looks like and where it leads. I’m an entrepreneur, creative director and business owner at Typeset Design. and Block & Gray I’m married to my amazing wife, Hannah, and I’m also a dad to two beautiful kids, Evelyn and Lewis. I love Jesus, my kiddo, creativity, words, and people!